The foundations of the museum were laid in the fall of 1859, when the Association of the Transylvanian Museum was constituted. The Museum was organised afterwards, on the basis of donations made by prominent personalities, such as the Kemény and Eszterházy families, and was meant to represent the culture of all the ethnic communities from Transylvania. Starting with 1918, the Transylvanian Museum is administered by the Romanian state. In 1963, the History Museum of Cluj was organised and led by C. Daicoviciu. At the same time, the Pharmacy Collection was established in an adequate location, a 16th century building where the first pharmacy of Cluj functioned. In 1994, because of its outstanding historic and archaeological heritage, the museum received its current name, i.e. the National Museum of Transylvanian History.

Today the collections of the Museum comprise over 450,000 cultural goods illustrating Transylvanian history and civilization since prehistoric times until present-day. Unfortunately, due to renovation works currently taking place, the permanent exhibition of the Museum cannot be visited. However, exciting and innovative temporary exhibitions are constantly being organised (e.g. 3D Roma-Sarmizegetusa. Turn on the history; The Governors’s Palace from Apulum. Rediscovering the cultural heritage; When everyday life becomes UNESCO heritage. The scanning, digital restaoration and contextualization of Dacian artefacts from Orastiei Mountains etc.), while the Pharmacy Collection is open to the public. 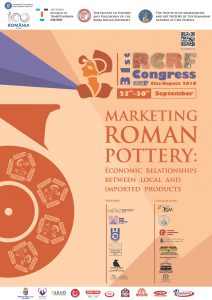